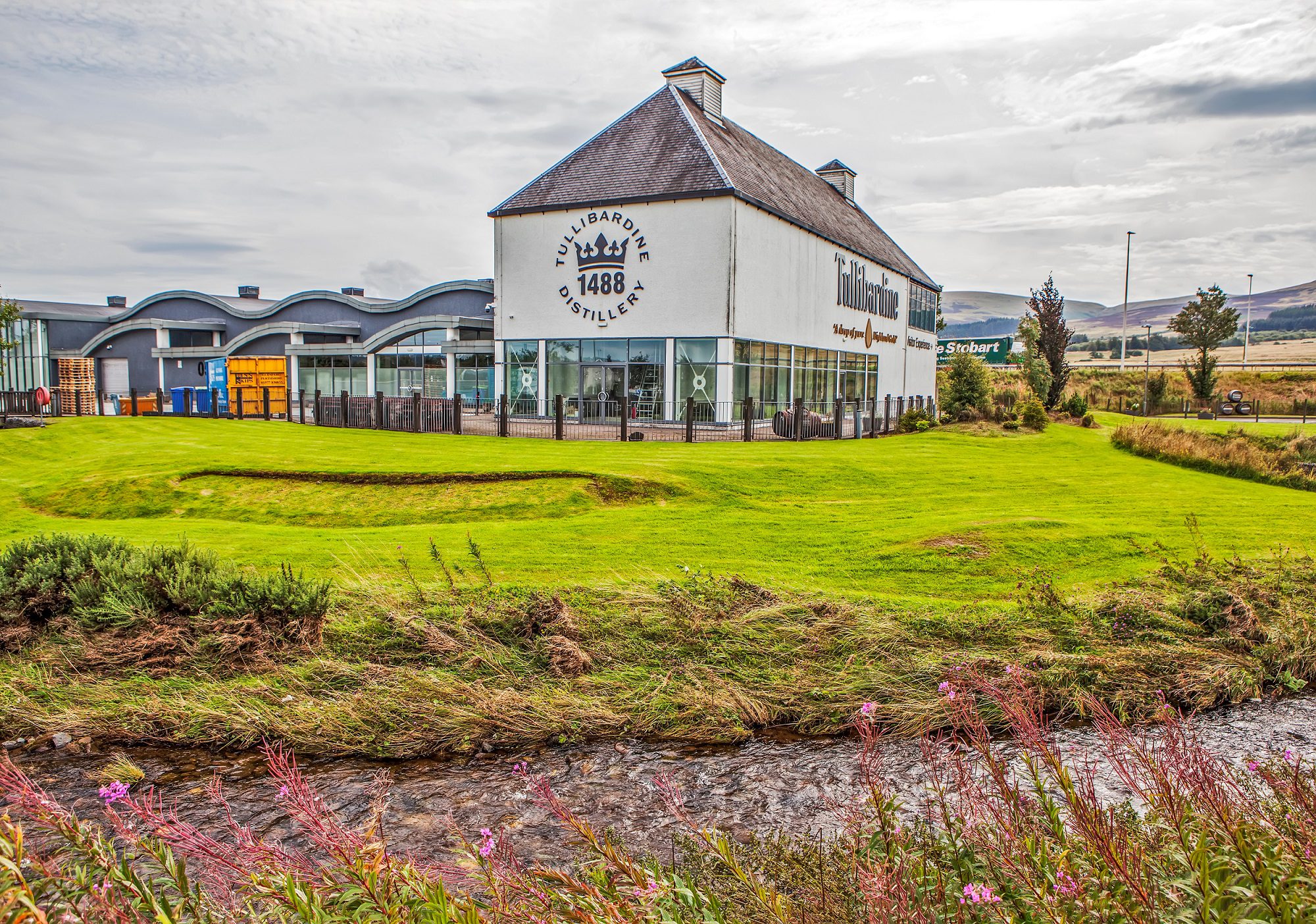 distilleries list
Annandale
Ardmore
Ardnahoe
Arran
Ben Nevis
BenRiach
Benrinnes
Bladnoch
Bunnahabhain
Caol Ila
Dailuaine
Dalmore
Deanston
Fettercairn
Glen Garioch
Glenrothes
Great Northern
Highland Park
Jura
Linkwood
Macallan
Port Dundas
Royal Brackla
Springbank
Talisker
Tamnavulin
Tobermory
Tomatin
Tormore
Tullibardine
Varela Hermanos
Close
The Tullibardine Distillery may be a relatively young distillery in terms of Scotch production, but the area it comes from has a long and distinguished history of producing alcohol, dating all the way back to 1488. That was the year that King James IV of Scotland stopped off in Blackford in Perth and Kinross on his way to his coronation and wanted a beer.

He bought one from Friar John Cor at the local Gleneagles brewery, which went on to receive a Royal charter in 1503 as a celebration of that fine ale the King drank there on his big day. Hundreds of years later, the brewery had ceased production and work began in 1949 to transform it into the Tullibardine Distillery, which commemorates the Royal visit by having 1488 in its logo.

The new distillery on the site of the Gleneagles brewery was founded by William Delmé-Evans and is named after nearby Tullibardine Moor. It draws its water from the Danny Burn, benefitting from being in an area renowned for its water quality, to the extent that it’s where Highland Spring bottled water comes from.

In 1971, Tullibardine was bought by Invergordon and saw its stills increased from two to four but after being bought by Whyte & Mackay, it was mothballed in 1995 before reopening again in 2003. Today the distillery is owned by French firm Picard Vins & Spiritueux and they have revamped the whisky produced here.

Traditionally Tullibardine was known to be floral and nutty but now it is lighter while still being floral and malty in character. Its single malts are available in the Marquess Collection, Custodians Collection and its Signature Range.

Distilled at Royal Brackla
2008 Barrel
Find out more
GET IN TOUCH
Whether you have a question about our casks, services, or require specific assistance from
one of our investment experts, we'd love to hear from you.