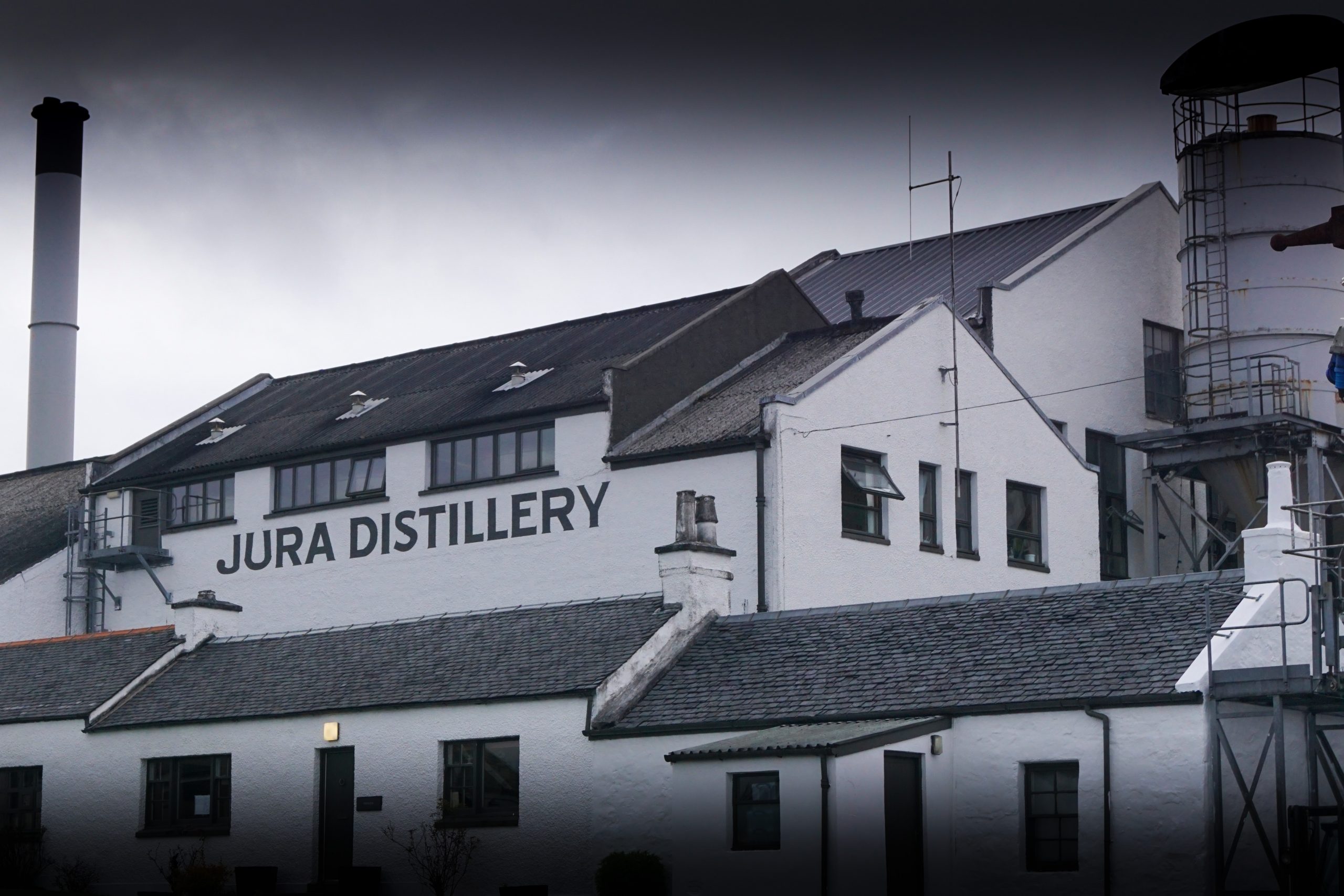 Undergoing many name changes including Craighouse, Small Isles and Caol nan Eilean, the distillery passed from owner to owner until its eventual closure in 1901, during scotch whisky’s first major sales slump.

Seen as a great opportunity to slow the declining island population, Jura was re-opened by landowners Robin Fletcher and Tony Riley-Smith in 1960. Financially supported by Leith-based blender Charles Mackinlay & Co, the distillery was rebuilt to the design and specification of whisky legend William Delme-Evans.

Further expanded in 1978, the distillery now features tall four stills with a capacity of over 20,000 litres. Due to the relatively short ferments, whisky produced at Jura requires longer periods of time in the cask to open fully.

Although the island is a great source of peat, the distillery surprisingly opted against distilling peated whisky, instead creating whisky solely for the current market trends. The distillery released its first single malt in 1974. Enjoying a steady growth in sales ever since, Jura is now an established brand found in major supermarkets, travel retail and whisky stores.

Distilled at Jura
2009 Barrel
Find out more
GET IN TOUCH
Whether you have a question about our casks, services, or require specific assistance from
one of our investment experts, we'd love to hear from you.