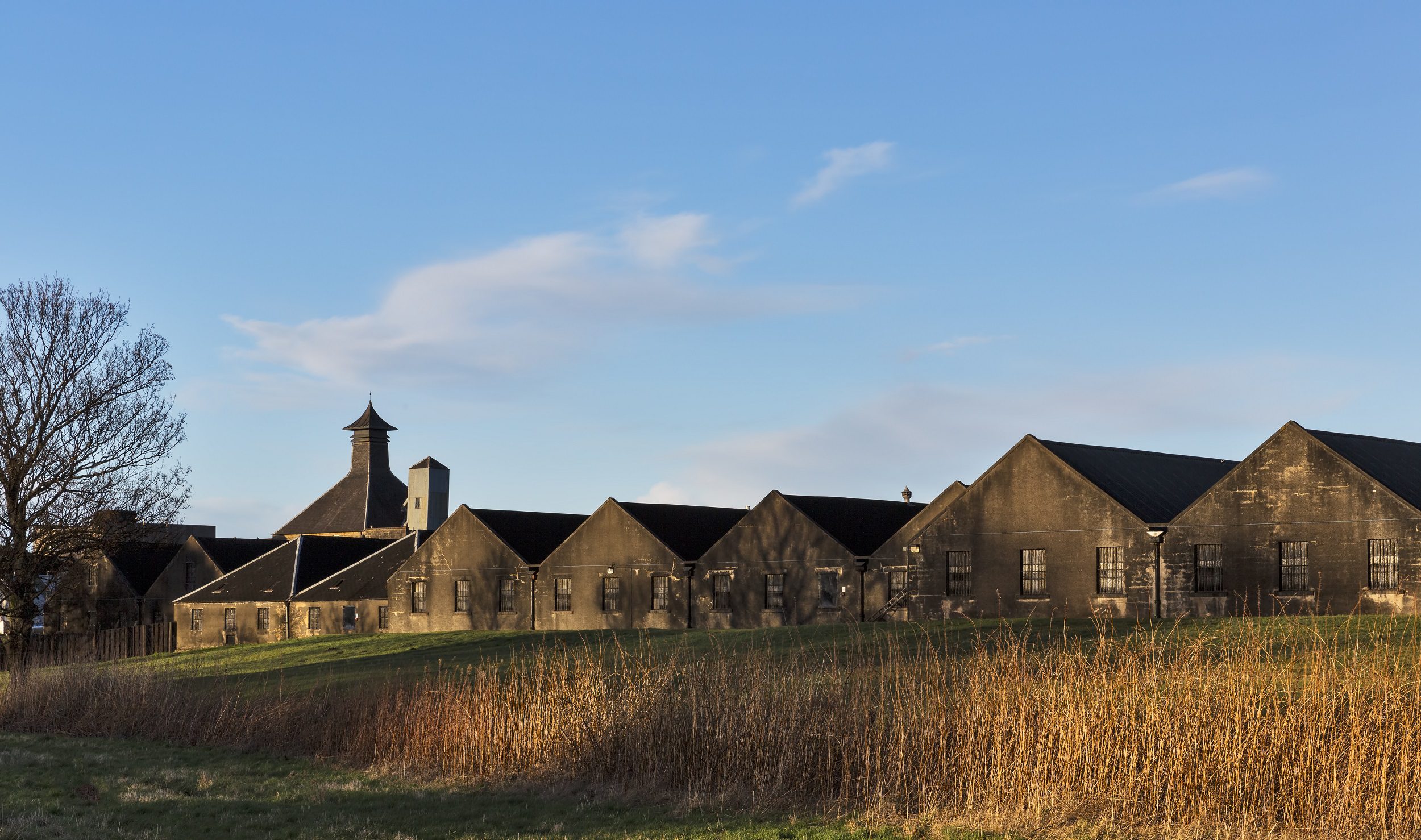 Benriach Distillery, which can be translated to ‘speckled mountain’ in Gaelic, first opened in 1898 when it was built by the owner of the nearby Longmorn Distillery, John Duff. He built a railway between his two distilleries so that coal, barley, peat and barrels can be transported between them by a steam locomotive known as The Puggy.

However, this distillery had a very short lifespan because within its first two years the collapse of Pattinson’s Whisky sent the market into a downturn, Benriach was one of the distilleries that had to close as a result.

Longmorn Distillery stayed open so the only activity at Benriach for the next six decades was the production of malted barley, which was transported to the active distillery by train. In 1965 Benriach was refurbished so that it could reopen and resume production of whisky.

Unusually for a Speyside whisky, Benriach began producing peated whisky again, a practice that continues to this day in ‘Smoke Season’. In 1985, an additional two stills doubled its productivity after the distillery was purchased by Seagrams.

Benriach’s first ever single malt was created in 1994 with its flagship 10-Year-Old whisky, however, the distillery was mothballed again in 2002. Two years later after it was purchased by an independent consortium Benriach reopened and has remained in operation ever since, winning Global Whisky Distiller of the year in 2015 at the Icons of Whisky Awards.