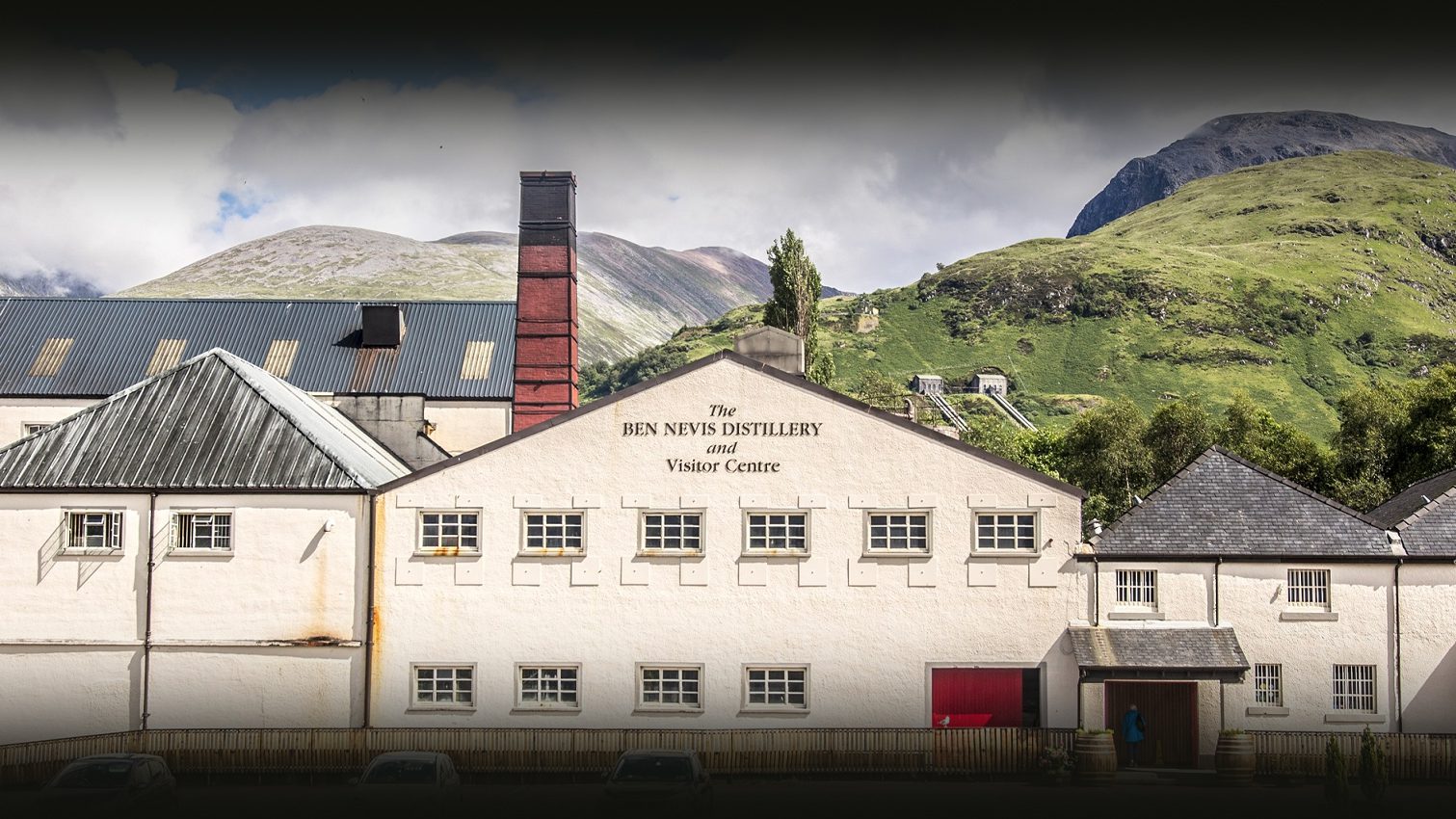 One of the oldest licensed distilleries in Scotland, Ben Nevis Distillery opened in 1825 at the base of the mountain of the same name at Lochy Bridge in Fort William.

The owner was 6”4 tall infamous bootlegger ‘Long John’ McDonald, a descendant of a ruler of the western Scottish kingdom of Argyll and the inspiration for the Long John blended whisky. He looked after the distillery until his death in 1856 when his son Donald McDonald took over.

In 1878, a second distillery was opened nearby called Nevis Distillery and in the early 20th Century the two combined. In 1955, the united Ben Nevis Distillery was taken over by the Canadian owner of Bruichladdich Distillery, Joseph Hobbs, who introduced a Coffey Still to enable continuous distillation.

However, in the late 1970s a downturn in the whisky market led to the distillery closing down in 1978 and while it was refurbished by new owners Whitbread in 1981, it was closed throughout most of the 1980s with the only activity taking place between 1984 and 1986.

In 1989, the distillery was bought by Japanese firm Nikka and reopened again in 1990 with a visitor centre opening a year later to take advantage of the tourist appeal of its location. It features Hector McDram, a mythical giant who reveals the secret Legend of the Dew of Ben Nevis.

Distilled at Deanston
1999 Hogshead
Find out more
GET IN TOUCH
Whether you have a question about our casks, services, or require specific assistance from
one of our investment experts, we'd love to hear from you.