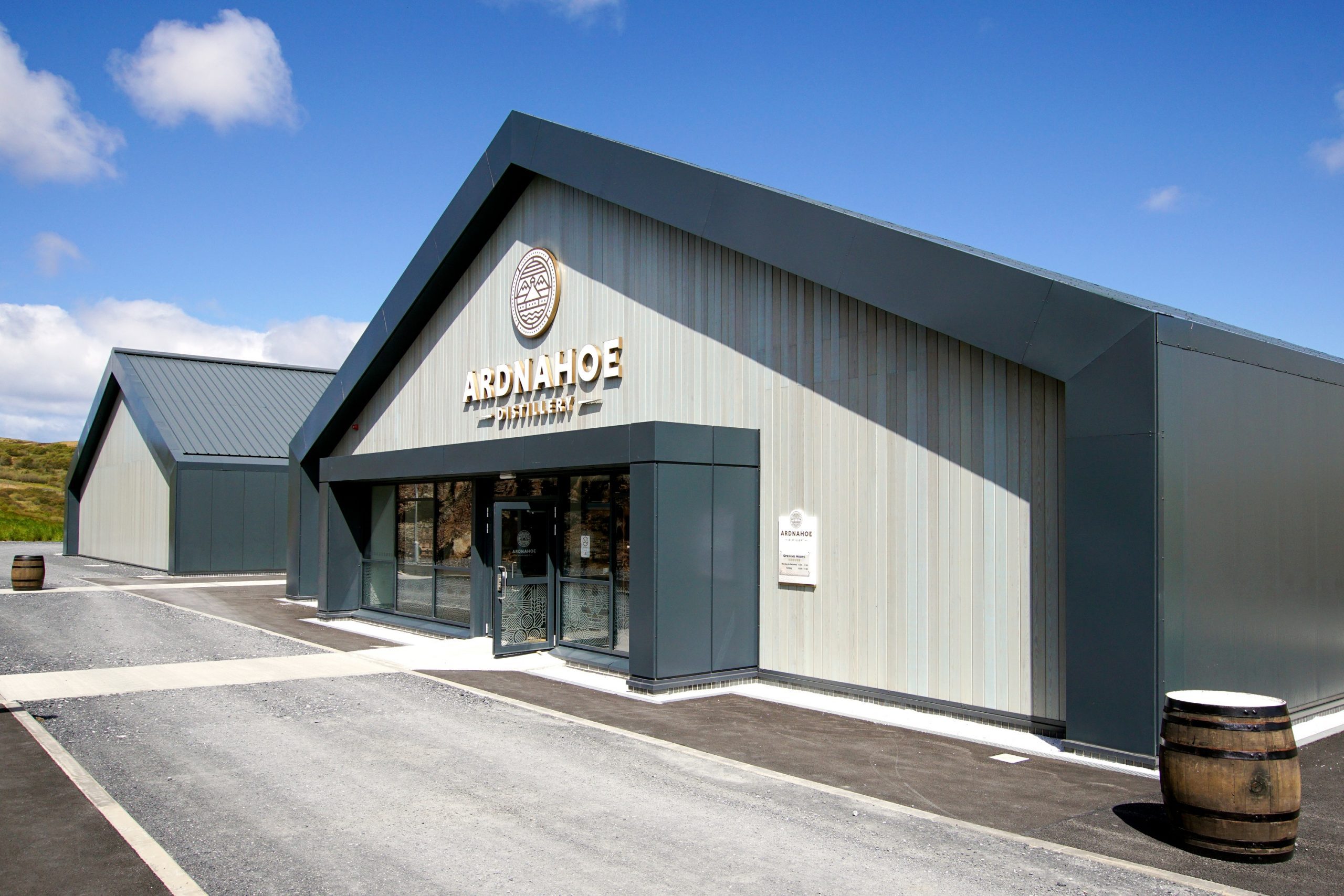 After decades in the whisky industry and a personal connection with the island, opening a family owned distillery in this stunning location was a natural next step. The modern distillery which began as a family dream in 2010, became a fully functional distillery in 2018 after planning permission was granted in 2016.

It opened to visitors in 2019 but a year earlier the stills began running with spirit as Hunter Laing created a small stock of their Ardnahoe whisky allowing them to release 10 and 15 year expressions before the doors officially opened to the public.

Ardnahoe Distillery is the region’s newest distillery and has been designed by the legendary Jim McEwan and sets itself apart from other distilleries easily with its Oregon pine fermenters, two lantern shaped pot stills, the longest lyne arms in Scotland and worm tub condensers (the only ones in the region).

Ardnahoe single malts are rich and heavily peated and have a creamy and slightly oily consistency.