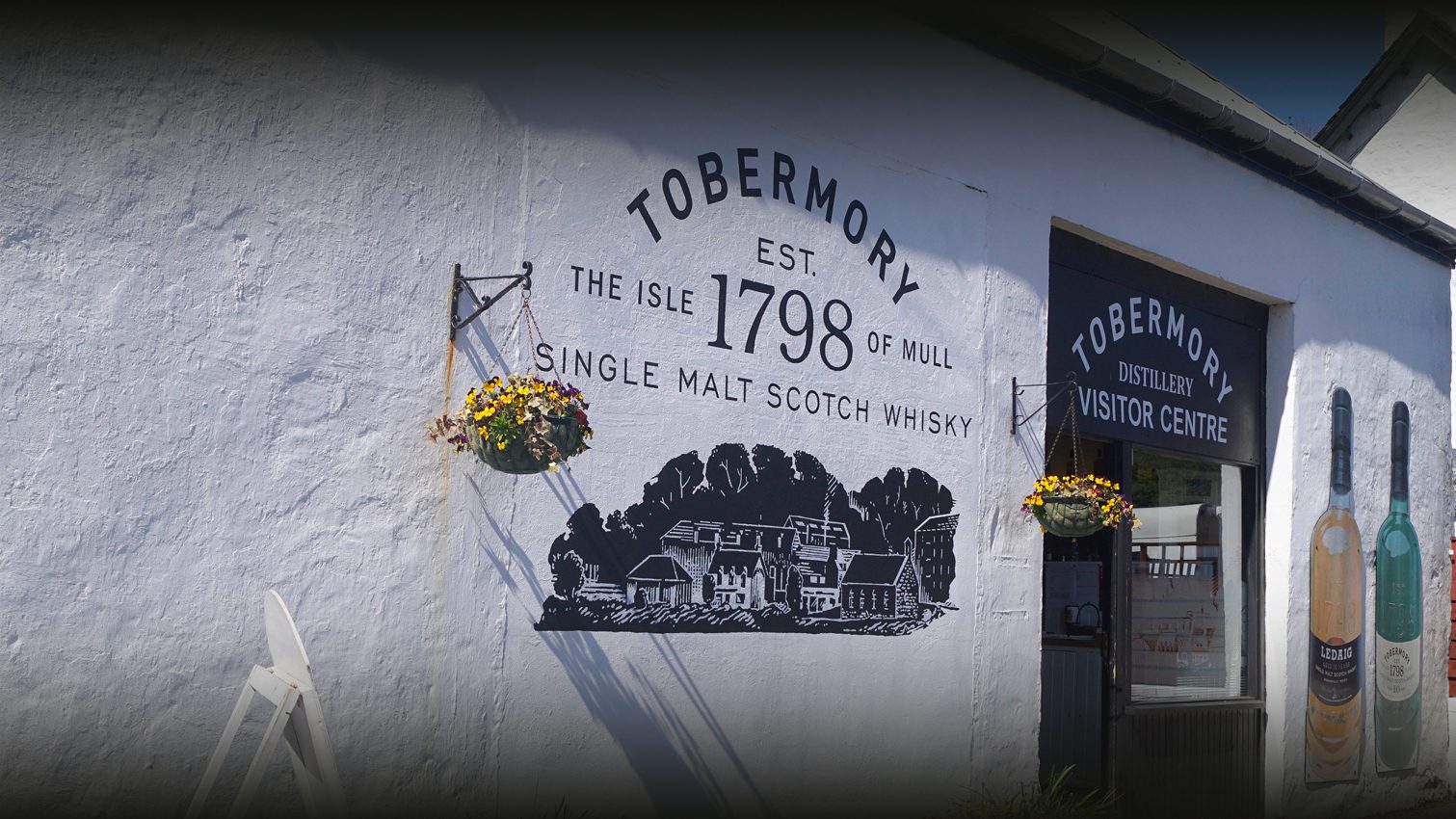 distilleries list
Annandale
Ardmore
Ardnahoe
Arran
Ben Nevis
BenRiach
Benrinnes
Bladnoch
Bunnahabhain
Caol Ila
Dailuaine
Dalmore
Deanston
Fettercairn
Glen Garioch
Glenrothes
Great Northern
Highland Park
Jura
Linkwood
Macallan
Port Dundas
Royal Brackla
Springbank
Talisker
Tamnavulin
Tobermory
Tomatin
Tormore
Tullibardine
Varela Hermanos
Close
One of the oldest distilleries in Scotland, Tobermory is also the only distillery on the Isle of Mull. Its history dates back almost as far as the village itself which was founded in 1888 by the British Fisheries Society and is famous for its colourful houses as well as being the home of children’s TV show Balamory.

The Tobermory Distillery was founded ten years later under the name Ledaig (Gaelic for ‘safe haven’) by John Sinclair, who had moved to the village to work as a kelp merchant. When he initially applied for permission to build the distillery he was told to make it a brewery instead as distilling was temporarily banned because Britain was at war with France and needed to save grain.

Nevertheless, Sinclair persisted and in 1823 it became one of the first distilleries to take out a license. However, in 1837 the distillery closed down for four decades, not the last time it would suffer a long fallow period. It opened again in 1877 but when the Great Depression and Prohibition in the USA hit the whisky industry hard in the 1930s, Ledaig Distillery shut down for another 41 years and was used as a power plant during this time.

The 1970s and 1980s saw more turmoil as new owners came and went and the distillery opened and closed again, even being used for cheese storage at one point. Notably, during this period, the name changed from Ledaig to Tobermory for the first time. In 1993 it was bought again by Burn Stewart Distillers and since then has only been closed for a six-year maintenance hiatus in 2013.

The whisky produced at Tobermory is available in two main forms celebrating the distillery’s dual histories: the non-peated Tobermory and a heavily-peated Ledaig. Both single malts are produced using the same stills, wash backs, mash tuns and process water but are very different in character because of the malted barley used.